The 44 Sounds of English

The English language is the largest and most widely used language in the world. It has over 500,000 words but all these words are made up of just 44 sounds. These 44 sounds are called ‘phonemes’. Unlike Japanese, the way we write each sound can be written differently, which is why English speaking children are taught phonics.

If you are worried about using the correct sound when teaching or reading to your child, you can review all 44 sounds here. The symbols for these 44 sounds are taught to YLE-S, YLE-M and YLE-F students.

More than half (24 out of the 44 sounds) are consonants. Consonants are pronounced the same regardless of regional accent. For example, if you heard an American person pronounce the sound /s/, it would be indistinguishable from a British person or an Australian person pronouncing /s/. However, most short vowels and long vowels are regional. The sounds below are a British accent. 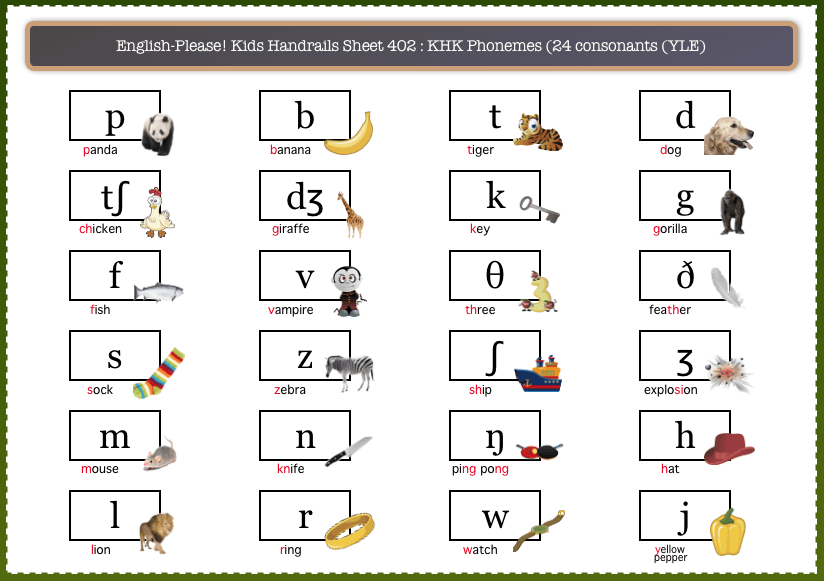 An A4 poster showing all 24 English consonants (useful for YLE) 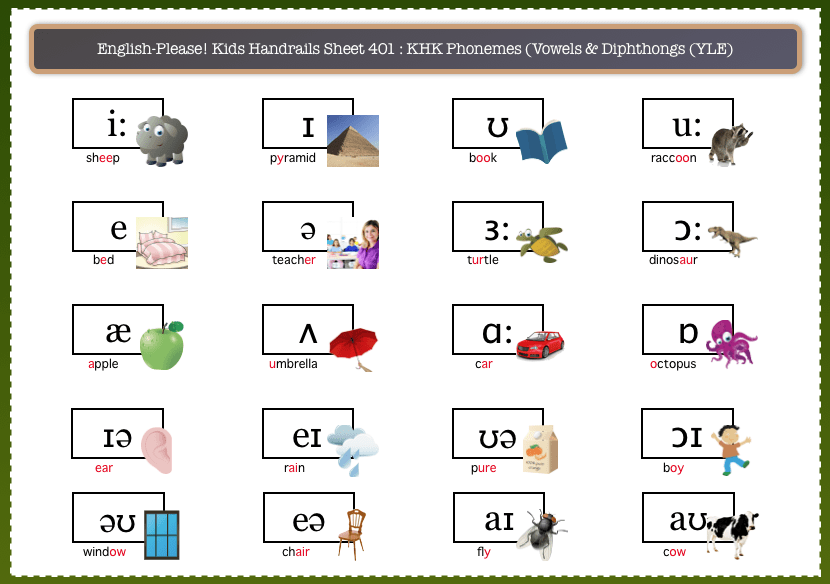 An A4 poster showing all 20 English vowels (useful for YLE)